How Rocket League Made It 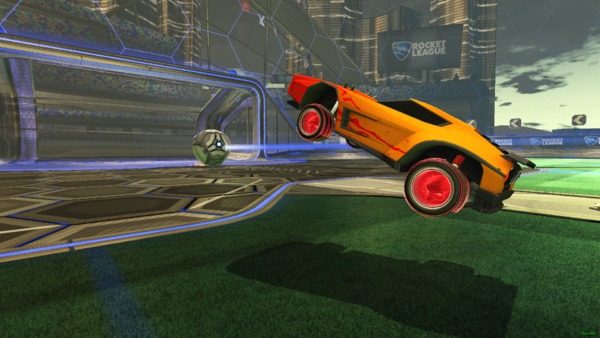 In 2011, Psyonix had unveiled a new sequel to Super Sonic Acrobatic Rocket Powered Battle-Cars. A lot of the fans were excited about this. The only problem? Funding was hard to acquire back then, and nobody wanted to fund this outlandish game idea and often told them they are crazy for even suggesting this. Even without funding, Psyonix pushed, they knew they had a good idea, and 2 years later, Rocket League was born into Alpha on computers. They were going to need a large push to get this game into the major market.

2015, the year of release, would they achieve their dreams? The game released on 2 major consoles, or devices. They got Sony to allow them to release on PlayStation Plus, and they released on Steam as well. PlayStation Plus was a risky investment, people would get to own it for free, and they would not earn any profits from their involvement. The result was much more than anyone anticipated, even more so, that the servers they had set up, crashed with over a million players logging on, in the same day! It took them a few days to adjust, hoping that this didn’t make them lose any of their waiting players. Psyonix had things going their way this time, but now the ball is in their court.

Now that they had a player base, they began releasing small DLC packs with cars that made no difference to how the game worked fundamentally. Starting off with the SuperSonic Fury and the Chaos Run pack, they were off on the right track with how their DLC system would work. They continued this path with Revenge of the Battle-Cars and the NBA flag pack. Rocket League was booming. Nobody had predicted the success of this game, but there was a small competitive scene still growing. The game was moving at a very steady pace, even grabbing the attention of Microsoft, who wanted the game on their system to increase their popularity. Rocket League would get just that and earn their place in the library of Microsoft in February of the next year.

2016 started off right, they had gotten on the next biggest platform, bundling their DLC cars in a 20-dollar pack for the Xbox players who had to wait for so long. Not much happened until June of 2016, when they released their Game of The Year edition, and 4 cars (Masamune, Esper, Marauder, and Aftershock respectively) to go along with it. They also opted to release the first non-standard map of the game, Neo Tokyo (now Tokyo Underpass). This was then followed by a major patch in September that added Crates and Keys, the Octagon map, Rumble, car presets, various private match upgrades, more colors for customization, trading, and a few alternative map choices. This also started the trend of their eSports, as RLCS Season 1 had ended around this time period and brought in a lot of views. Following hot on this trail, Aquadome was released with the DLC cars called Proteus and Triton. They introduced a third crate and various new painted items. The last major update of the year happened in December, where they pulled out more upgrades to the game and the next crate. They also made Starbase Arc, a small nod to the mobile game they had.

2017 was also a busy year adding a ton of new updates like “Dropshot” which allowed players to knock the floor out with a charged-up ball, playing somewhat like Volleyball. In July they added Champions Field and another crate like every update has had so far. In September, they released their most competitive update yet, standardizing all maps, adding LAN support, and even bringing in transparent goal posts so you could see the ball flying at the wall, which was not previously a problem. They also brought in player banners and 90+ more items. Leaving 2017 which brings us to our current year. This year has brought only the beginning of major updates.

2018 started off strong with Tournaments being added so communities could hold them in-game and not rely on outside sources. They even added tons of new customization options and teased what was to come. They then added a small partnership with Jurassic World, adding the classic Jeep that they have. After that, they also had the Batmobiles added, Tumbler, 79, and 16, as well as 3 different Fast and Furious cars, to go with it. 1 of each series was added a while back. This brings us to the most competitive update they have ever released, the Rocket Pass.

Rocket Pass is a new edition, mirroring passes such as the DOTA battle pass and the Fortnite battle pass. This pass has 70 levels that you get every 20,000 experience you receive, and after the maximum number of tiers, you begin receiving extra painted variants of the top tier items. You can also purchase tiers with in-game keys. The Rocket Pass costs 10 bucks and ends in November. There is also a free version of the pass which gives you Decryptors and other various items. This update also brought a highly requested system called clubs. You are now able to team up with club members and be viewed as a team with your own color scheme in the online matches. This makes for some interesting ranked matches when two clubs collide. This update also brought ranked Snow Day, Rumble, Hoops, and Dropshot, which provides communities such as “Ranked Hoops”, and “Rocket Hockey League” some much-needed bragging rights.

Rocket League will soon be one of the first games to ever bridge the gap of cross-platform with their new “Rocket ID” system! This new update will come in October, next to games like Fortnite that will also be using this new cross-platform idea that Sony has finally allowed. The Rocket ID system will allow you to obtain a unique name and tag like Battle Net has. Alongside all of this is a new updated partnership with Hot Wheels and WWE, meaning Rocket League is one of the biggest, and most competitive games out right now. They just recently got into League Play of their RLCS Season 6 and announced a Las Vegas venue for this year.

Whether you are into high octane car soccer matches or not, it is undeniable that Psyonix has created something grand here. Psyonix has all the cards going for them, and with their latest million-dollar prize pool, they only see their stock going up. There is nothing out there like this game, and there is no community quite like the following Rocket League has. The game that should have failed, or at least have done mediocre, shot to the top, and it’s not going to stop.